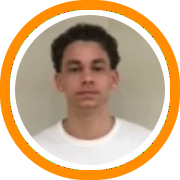 We've had a chance to see a ton of freshmen talent over the past few weeks; last weekend at the Zero Gravity Massachusetts State Championship and this weekend at the NERR Super 16 Showcase and Stars & Stripes Classic. Here's a look at guards who've caught our eye. Point Guards Noah Fernandes - New England Playaz - Poised floor-general has been very impressive this spring running the show for the Playaz after having charismatically led his Old Rochester HS Squad… READ MORE > 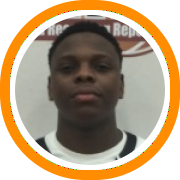 CoxHub's coverage of the 2015 Memorial Day Super 16 Showcase includes the latest episode of NERR-TV along with a look at five lessons learned at last weekend's event, which includes a look at big performances from the likes of Mustapha Heron, Wenyen Gabriel, Nate Laszewski, Wabissa Bede, Tomas Murphy and Saul Phiri among others. The latest episode of NERR-TV is live on the New England Recruiting Report homepage and that looks back on the championship runs of the Mass Rivals,… READ MORE > 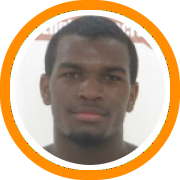 The 10th grade bracket featured a lot of high level talent, both inside and outside of New England.  The finals came down to the New England Playaz and NY Rens, with Rens grinding out a victory.  Leading 28-25 at the half, they never trailed in the second half to take a 63-55 away from the Playaz. Jose Alvarado, NY Rens- Alvarado was on fire on Sunday.  He has a very good pull-up jumper, but is also a fiery competitor who… READ MORE >

The EYBL regular season came to a close last weekend as session four took place in Minneapolis. The BABC went a perfect 5-0, finishing 13-4 on the season including a perfect 9-0 in Division A, widely considered to be the toughest of the EYBL’s four divisions this year. The top five teams in each of the four divisions also earned an automatic birth in the EYBL Finals, which will again be played at the Peach Jam during the first week… READ MORE >

Split into two divisions (American and National), the Varsity Division drew crowds of college coaches throughout the weekend.  The most impressive feat of this field proved to be the depth that was featured among the teams; along with the well-known names, many other players showcased what they have to offer both for their next high school season, and at the next level. In the American Division, Mass Rivals and NY Rens split the title.  Both teams received a bye in… READ MORE >

Our final "twitter blog" of the 2015 Memorial Day Super 16 Showcase is reserved for the champions of our high school divisions as Mass Rivals, NY Rens, New Heights, CT Elite, High Rise Elite and Boston Bobcats all walked away with trophies! Be sured to stay tuned to the New England Recruiting Report for the rest of the week as we'll be releasing our full recaps and all-tournament teams: .@RivalsNation & @RENShoops share the Varsity division championship. Terrific weekend… READ MORE >

It's one thing to have top-tier talent at an event, but it's another thing altogether when those programs are competing at a high level and that's exactly what happened down the stretch of the day on Sunday when programs like Mass Rivals, NY Rens, New England Playaz, New Rens, Expressions, NY Jayhawks, Middlesex Magic, NY Lightning and numerous others were providing incredibly entertaining basketball at all five courts at Connecticut College. Here's a rundown of the action state of… READ MORE >

Championship Sunday at the Memorial Day Super 16 Showcase got off to a quick start as team's battled it out to advance in bracket play. As was the case Saturday, we continued to allow NERR evaluators, ZG staff, players, coaches and even parents to contribute to our recaps with the NERR original "twitter blog." .@zerogravitybb @NERRHoops Can't beat #ZGChampionshipSunday @ConnCollege best teams in the country competing for a championship #S16 — ZG Report (@ZGReport) May 24, 2015 Many College… READ MORE >

There was no slowing down as afternoon turned to evening at the Super 16 Memorial Day Showcase as the competition was fast and furious from Connecticut College to the New Haven Fieldhouse to the Beckerman Athletic Center. Here's a look at the tweets that came out from NERR evaluators, Zero Gravity staff, players, coaches and even parents about the action on Saturday night: Andrew Fleming is such a versatile forward. The lefty can shoot from 3 & mid range,… READ MORE >

The action jumped into full swing on Saturday afternoon as college coaches packed the stands throughout the Super 16 Memorial Day Showcase. NERR evaluators, Zero Gravity staff, players, coaches and even had parents all had the chance to contribute to the Twitter Blog by including @NERRhoops in their tweet. Here's a rundown of the most notable action from Saturday afternoon: @Wabissa_B11 and his @RivalsNation all over CT Knights at the half to take 27-14 lead here @NERRHoops Super 16… READ MORE >