Dean Oliver is a pioneer of advanced analytics in the game of basketball.  He was at the forefront of the movement following the popularity in baseball, as captured by "Moneyball." He authored the first mainstream book on the subject "Basketball on Paper" in 2002 and became the first full time statistical analyst in the NBA less than two year later.  In the last fifteen years he has worked in the front office of three different NBA franchises and also worked… READ MORE > 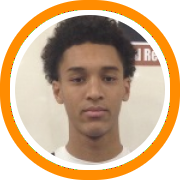 ESPN updated their national rankings in the classes of 2019, 2020, and 2021 on Monday. As usual, the New England region was well represented.   Putnam Science and Mass Rivals big man Akok Akok remained the region’s top ranked prospect inside the ESPN 100 and jumped up about 20 spots following his big summer to 39th overall in the country. St. Andrew’s and BABC guard Brycen Goodine comes in next at 69th overall. Woodstock Academy and Expressions big man Tre… READ MORE >

STM’s Curry Comes off the Board 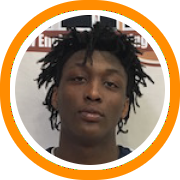 Less than a week before he is set to return to campus, St. Thomas More forward K.K. Curry committed to South Alabama on Saturday.  Curry is a Tennessee native who came to STM after leading Cleveland High School to a district championship as a junior. He initially enrolled as a true senior but later opted to reclassify back to 2019.  An absolutely explosive athlete, Curry's game was based around his ability to play up at the top of the box… READ MORE >

Earlier this week, NERR contributor Mike DiMartino spoke to Tyler Burton about his six finalists. Burton is just one of several local 2019 prospects to trim his list following the July recruiting period. Typically a prospect will trim his list as a precursor to setting up his official visits, which can often lead to a commitment in time for November's Early Signing Period.  Here's a look at some other updates: Wilbraham and Monson Academy and New Heights guard Idan Tretout… READ MORE > 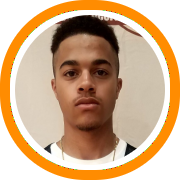 Class of 2018 and Elite 75 alum Keenan Marseille recently accepted a scholarship offer to continue his academic and basketball career at South Suburban College in South Holland, Illinois. Marseille, who attended Hermon High School in Maine, is coming off a stellar senior season. As the team’s starting point guard, he led the Hawks to an undefeated season and their first state championship. NERR caught up with Fritz Marseille, Keenan’s father, and AAU coach at Black Bear North AAU in… READ MORE >

Each and every fall the New England prep schools bring an influx of talent into the region. This year is no different as new players will be arriving at dozens of local prep schools. That group will undoubtedly consist of prospects for every level of college basketball...and maybe even beyond. Jalen Lecque may well be the most recognizable name to arrive in the region. He's been rated among the top prospects in the national class of 2019 for the better… READ MORE >

The 6’6 swingman Tyler Burton recently narrowed his recruiting list down to six schools. After landing a plethora of Division 1 scholarship offers while playing for Marianopolis Prep in the NEPSAC and Mass Rivals on the Adidas Gauntlet circuit, Burton has decided to cut his list down to Rhode Island, Richmond, Siena, Quinnipiac, Northeastern, and St. Bonaventure. He has set up official visits at Rhode Island, Richmond, Siena, and Quinnipiac while leaving his 5th official visit up for grabs. He… READ MORE > 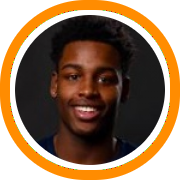 After rolling out 2020 rankings state-by-state last week, today it's time to take a look at the collective New England region. We've only ranked 30 players for the time being, but that's just scratching the surface as there are numerous others who have a chance to earn a free education before it is all said and done. The list has already evolved quite a bit from when it initially debuted last September. What can the movement be attributed to? The… READ MORE >

E75 Frosh/Soph Edition less than a month away 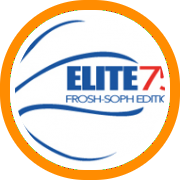 The 11th annual Elite 75 Showcase - Frosh/Soph Edition is returning to New England in less than a month on Saturday night, September 15th at the University Sports Complex in Hanover, Massachusetts. For the last decade, the Frosh/Soph showcase has highlighted the very best young players in the region and provided a stage for them to begin making a name for themselves. The list of alums is long and distinguished with the likes of Andre Drummond, Andrew Chrabascz, Zach Auguste,… READ MORE >

It was twelve years ago that the New England Recruiting Report made its debut, in August of 2016. At that time, we brought coverage of New England basketball to unprecedented levels through daily articles and web content which included prospect and program profiles as well as rankings. While we've stayed true to that mission in the twelve years since, the way people consume their media content has undoubtedly evolved and consequently so has the way we provide our coverage. It… READ MORE >