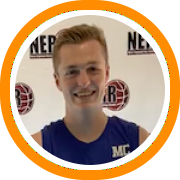 Brooks School and Middlesex Magic rising senior George Smith announced his verbal commitment to the University of Pennsylvania on Tuesday.  The Massachusetts native is one of the best shooters in New England and already held numerous division I offers, despite not playing this spring.  He announced his commitment via twitter.  Committed. #Whānau pic.twitter.com/AnXatUBlXL — George Smith (@geosmith23) June 30, 2020 Smith has been a member of the Magic program for the last four years and helped them capture their third… READ MORE > 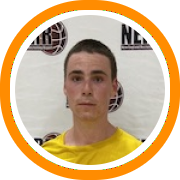 Academics and athletics go hand in hand in Teddy Mangiarotti's family. His father played college football at Colubmia, his sister played lacrosse at Brown, another sister went to Cornell, and another played lacrosse at Villanova.  The Long Island native made his NEPSAC debut at the Westminster School this past year and now, he too, is developing momentum with college recruiters. He's already heard from some of the top D3 programs, both academically and athletically, in the country - Amherst, Claremont… READ MORE > 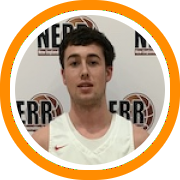 St. Andrew's rising senior point guard Matt Constant has been the top ranked 2021 prospect in the state of Rhode Island throughout his entire career.  He's skilled, has an elite work-ethic, and he wins. All characteristics that translate to the next level.  Last year, as just a sophomore, he played critical minutes in the Saints' NEPSAC Class AA championship. This past season, he became one of the team's primary playmakers while taking over as the point guard and leader of… READ MORE > 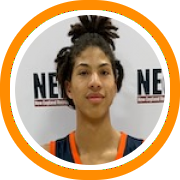 One of the top rising seniors in New England ended his recruitment on Saturday night when Milton Academy and Mass Rivals wing Casey Simmons announced his commitment to Northwestern.  Simmons, who was recently ranked within the ESPN 100 of 2021, had previously trimmed his list to seven schools.  "I am excited to announce that I have committed to Northwestern University's basketball program," Simmons tweeted. "I would like to thank everyone that has gotten me here: my coaches Vin, Tom, and… READ MORE > 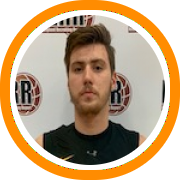 Tilton unsigned senior Cem Kirciman announced a late commitment to Wisconsin Green Bay on Saturday night, earning a full athletic scholarship from the D1 level.  Kirciman is the first player to commit to new head coach Will Ryan, the son of longtime Wisconsin head coach Bo Ryan.  Kirciman announced his decision via social media.  A native of Turkey who played for the u16 national team during the 2017 FIBA championships, Kirciman has spent the last two years in the New… READ MORE >

Coaches for Action on The Upside Podcast

The Upside Podcast with NERR founder Adam Finkelstein hosted their first live virtual episode this past week with four members of the Coach for Action Coalition, a group consisting of the 21 minority assistant coaches in Big East men's basketball.  Marquette's Dwayne Killings, UConn's Kimani Young, Providence's Ivan Thomas, and Villanova's Kyle Neptune spoke about how this coalition came to be, what they've already done, and what the plans are moving forward as they use their platform of athletics to… READ MORE > 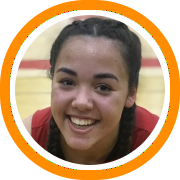 Barnstable High School rising junior Olivia Gourdine if the first female prospect to be featured on the NERR-TV Virtual Showcase. Recruitment officially began for Olivia on June 15th, the first day college coaches were permitted to have direct contact with players in the class of 2022, and instantly brought attention from several staffs in both the Northeast-10 and the NESCAC.  While she's only at the midpoint of her high school career, Gourdine has already distinguished herself both on the floor… READ MORE >

The coronavirus pandemic has come with numerous consequences, for people in all walks of life.  In our little corner of the basketball world, perspective student athletes who were relying on the spring and summer months for an opportunity to earn their exposure to college coaches have had those chances taken away from them.  At NERR, our goal has been to try to bridge that gap with our virtual showcase series.  It began with unsigned seniors, and was more successful than… READ MORE > 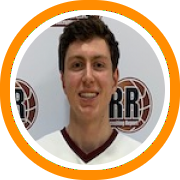 Phillips Exeter Academy and Middlesex Magic rising senior Robbie Stankard made a verbal commitment to Columbia University on Wednesday night.  Stankard just completed his first season with both respective programs after previously starring at the Groton School and coming up the ranks with the Expressions program.  He announced his decision via his twitter account.  Extremely grateful to announce my commitment to Columbia University (pending admission)! It has always been my dream to play Division one basketball and I want to… READ MORE > 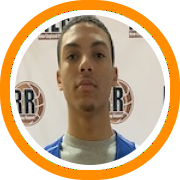 Southington High School's Aedan Derrick was one of the most pleasant surprises at last fall's Open Gym Series.  He showed up at the Connecticut event as a virtual unknown, but immediately turned heads. When it was discoved that he was a full year younger than most juniors, the intrigue into his potential only magnified.  Now, following a strong junior campaign, he has continued to emerge and increase our belief that he could be one of the bigger sleepers in the Nutmeg… READ MORE >